PAPILLONS in the media!

PAPILLONS reaches spotlight in a French article on soils in La France Agricole, one of the biggest agricultural newspaper in Europe, if not the biggest!

The article highlights that at the end of 2021, the European Commission published a proposal for an EU soil strategy for 2030.

It follows by saying that in parallel, the Commission announced a set of initiatives on the growing contamination of soils by plastics. Only 6% of plastic waste ends up in the ocean, while everything else is left on our lands! Indeed, the issue of plastics in soils is far from being a minor one, but it is little known both in terms of the extent of the problem and its implications for soil functioning and human health.

In this context, the Commission is announcing a comprehensive package for 2022 including proposals for measures to reduce the release of microplastics into the environment, restrictions on the use of microplastics, and a policy framework for biosourced, biodegradable and compostable plastics products. In parallel, the article continues, as part of the research on the plastic footprint in agriculture, it has just launched a 4-year Horizon2020 project “PAPILLONS” to study the sources, behaviour, and ecological effects of micro and nano plastics in agricultural soils, resulting from the use of agricultural plastics. The project will provide the first European digital atlas of agricultural plastic waste use, generation and management.

Stay tuned because further posts, articles and newsletters are on the way! 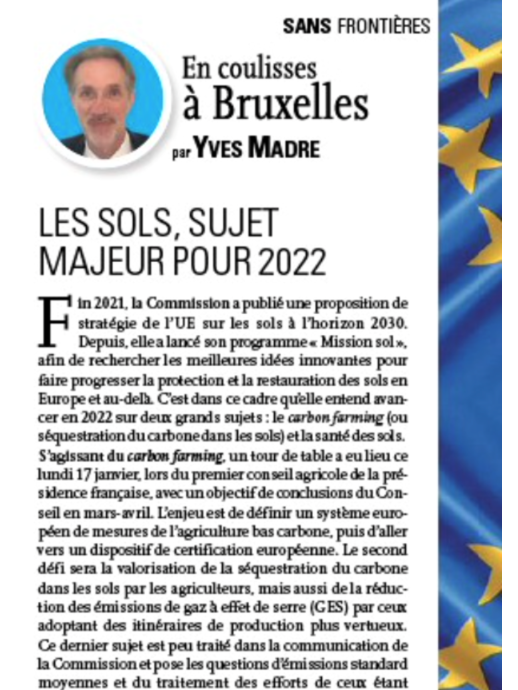